A FILM BY Anne Wheeler 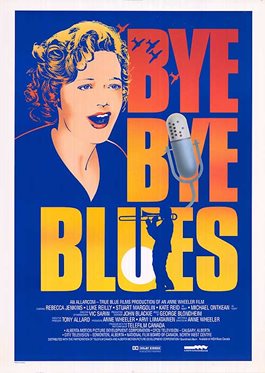 When Daisy Cooper discovers that her husband has been captured in Singapore's fall to the Japanese during World War II, she takes a job as a piano player with a local dance band in order to make a living for herself and her children. It is while on tour with this ragtag outfit, amid the smoke, the booze and the brawling, that Daisy’s self-discovery really begins. For Daisy, the war offers a bitterly ironic blessing: while it has separated her from her husband, it has introduced her to a side of life, not to mention herself, she might otherwise never have known. When word reaches her that peace has been declared and her husband is on his way home, Daisy faces her own conflicting loyalties and desires.