A FILM BY Lina Esco 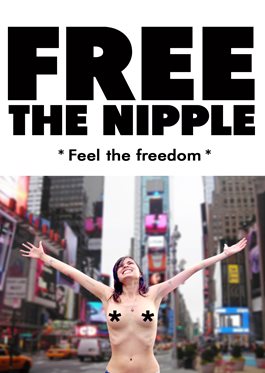 Inspired by true events, Free the Nipple follows a group of young women who take to the streets of New York City topless, to protest the archaic censorship laws in the United States. Activist Liv and With set out to start a movement and change the system through publicity stunts and graffiti installations while armed with First Amendment lawyers. The film explores the contradictions in our media-dominated society, where acts of violence and killing are glorified, while images of a woman's body are censored by the FCC and the MPAA. What is more obscene: Violence or a Nipple?